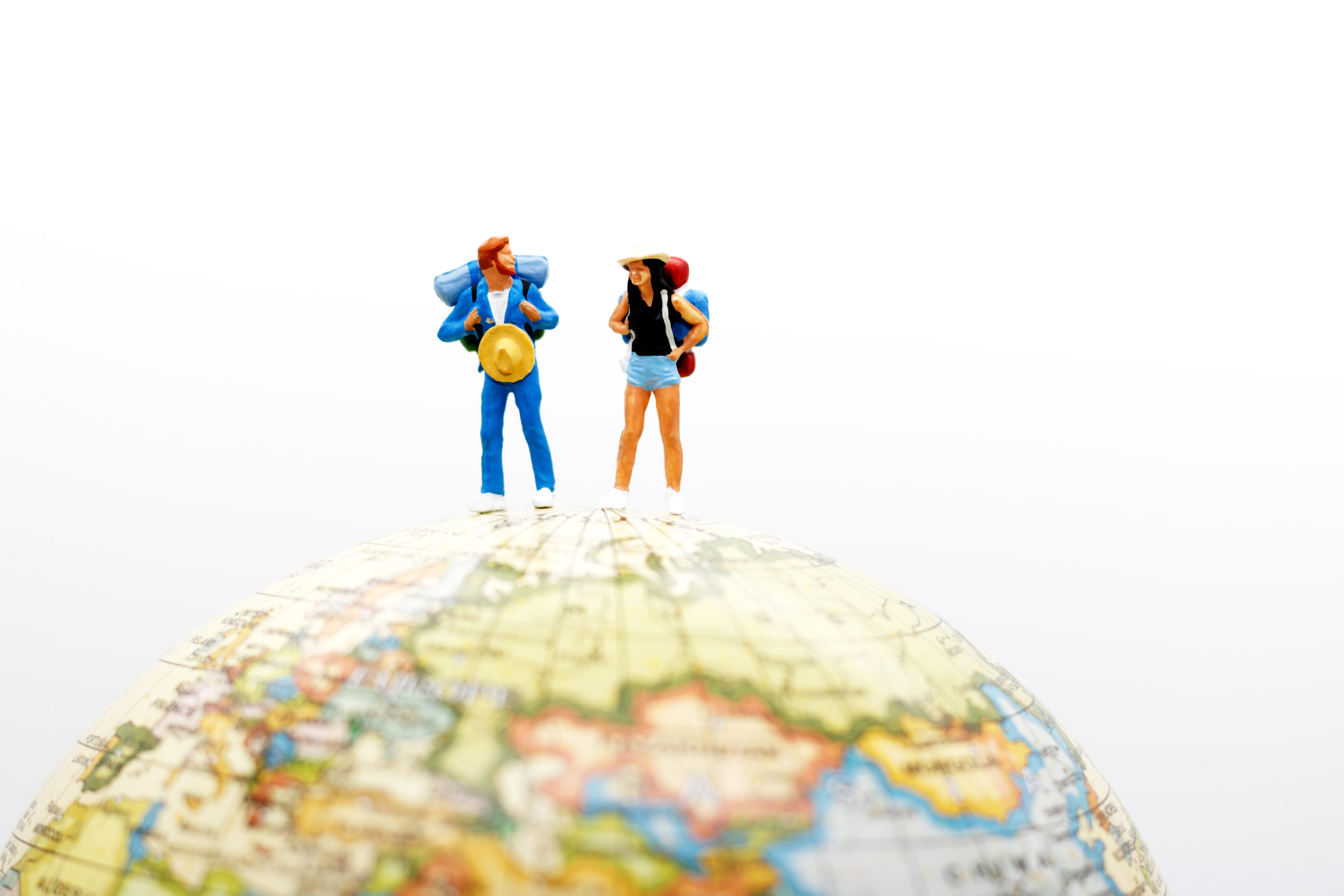 A third (33 %) believe that globalisation of the international economy leads to increased welfare globally. A fourth (26 %) disagree with the notion. Picture: Shutterstock / Rattana R.
3.8.2020

The latest Values and Attitudes Survey, conducted by the Finnish Business and Policy Forum (EVA), finds that 64 per cent of Finns believe that since globalisation has reached a global point-of-no-return, Finland has no option but to embrace this reality and support the established trajectory. Whether discussing internationality in terms of globalisation, immigration, or international solidarity over foreign aid, Finns are deeply divided, says Ilkka Haavisto, Head of Research at EVA.

Division among Finns is already evident when enquiring about opinions on Finland’s political pro-globalisation stance. 40 per cent of Finns judge that, as Finland’s relationship with globalisation has gone too far, our country should return to prioritising the local economy and local politics in the future (Figure 1). Almost as many (36 %) are of the opposite opinion, while approximately a quarter (24 %) cannot or does not want to say. The result divides the population into two groups of virtually equal size, and consequently the preferred course of action of the Finnish government is left undetermined. “As Finland’s relationship with globalisation has gone too far, our country should return to prioritising the local economy and local politics in the future” (%)

As EVA’s Values and Attitudes Survey was conducted at the peak of the Corona Crisis, the results reflect the impact of the crisis on Finnish attitudes. Results particularly show how an external threat united the Finnish people in both political and economic questions. Decision makers and their actions enjoyed a strong support from the Finnish people, and most citizens indicated readiness to sacrifice some of their own benefits in order to aid the recovery of the national economy.

As for attitudes towards globalisation, an ever so slight shift towards hopes of a more inward-looking Finland can be noticed. Simultaneously, the recent development of Finns having increasingly positive attitudes towards globalisation has come to a halt. However, decomposing the answers demographically reveal significant differences in opinions, especially when inspecting the results alongside party affiliation. While for out of five (79 %) of those supporting the Finns Party would favour a more local economy and politics, supporters of the Green Party (68 % disagrees) and the National Coalition Party (58 % disagree) are among the most avid advocates for globalisation.

Finns’ traditionally reserved approach to the globalisation of the economy has softened.

While political parties show a clear divergence between each other, their opinions are not exacerbated when comparing with results from previous years. In fact, dissension within the political playing-field is subsiding if anything. A plausible explanation is a shock effect of sorts, caused by the sudden appearance of the pandemic. Groups with relatively positive views on globalisation have subsequently taken a slightly more reserved stance. A similar development was recorded in Finn’s views on EU membership and the Euro.

Overall, the aforementioned shift in attitudes accounts for a very small change and does in no way indicate a Finnish desire to disregard or turn a back to globalisation. Further affirmation for this interpretation is that Finns’ traditionally reserved approach to globalisation of the economy has softened. Today, a third (33 %) believe that globalisation of the international economy leads to increased welfare globally (Figure 2). A fourth (26 %) disagree with the notion. In the long run, Finns’ perception of the benefits of the globalisation of the economy has significantly moved towards the positive. Nevertheless, the most prominent position is still uncertainty. As many as four in ten (41 %) cannot or does not want to express their stance. While no demographic group rejects the notion of globalisation being beneficial, only 18-25-year-olds (52 %), as well as supporters of the National Coalition Party (56 %) and the Swedish People’s Party of Finland (52 %) accept it.

Finns’ attitudes towards globalisation as an economic phenomenon has always been incredulous. To the Finnish people, the benefits of globalisation have not presented themselves as self-evident. Globally, globalisation has lifted almost a billion people out of extreme poverty over the past few decades. In Finland, on the other hand, globalisation has manifested itself as affordable prices for high-end technological and other consumer products. Yet, distinguishing both ends of the mutual benefits is not an easy task, especially since discourse regarding the subject often brings up the disadvantages.

Globalisation moves jobs out of the country, but it can also create new ones.

For Finns, tangible disadvantages of globalisation surface in cases, where domestic production has been ceased and moved to foreign countries. Valid still today, this so-called China Effect stigmatises the basic nature of attitudes towards globalisation of the economy. A majority (54 %) believes, that globalisation is synonymous with low-cost country sourcing (LCCS) increasingly depriving Finland of domestic jobs, while only a fourth (24 %) are of the opposite opinion. Nevertheless, despite the concern over foreign countries draining Finland of its jobs still being widespread, the fear has lost a lot of traction (over 15 %) over the past ten years. It is also worth noting, that while concerns for the economy and employment are generally on the rise, the fear of globalisation influencing employment has stayed stable. According to EVA’s Attitudes and Values survey, a global financial crisis has become the number one concern for Finnish citizens.

An explanation may very well be the fact, that Finns have simply gotten accustomed to the name of the game of globalisation, i.e. interstate dependency, and fierce competition. Globalisation moves jobs out of the country, but it can also create new ones, if Finland has a strong export sector and is successful in the intense competition for investments.

No room to reverse

“Since globalisation is an irreversible and global process, Finland has no option but to fully engage in its development” (%)

A widespread perception among Finns is that the process of globalisation is an unavoidable reality and that it is pointless to combat. About two in three (64 %) believe that since globalisation is an irreversible and global process, Finland has no option but to fully engage in its development (Figure 3), and about a fifth (19 %) reject this notion. The understanding that globalisation is inevitable has remained fairly unchanged since the early 1990s, and the notion is relatively popular across all demographics. The most noticeable deviation towards the opposite direction can be identified with the supporters of the Finns Party, out of whom only three in ten (29 %) agree with the statement. As some may well find globalisation to be both problematic and inevitable, the result does not imply positivity towards the process. According to people of this opinion, Finland is merely driftwood in the stream of globalisation, not able to affect the course of development.

Nine out of ten (89%) Finns give their full support to the Government’s actions during the COVID-19 crisis, indicates the…
Read More